Kathy in the News 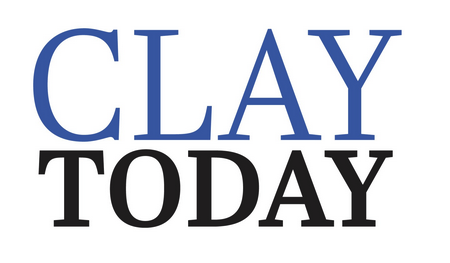 GREEN COVE SPRINGS – A book taking place in Clay County will showcase the bond of three Native American women in 1950s Florida seeking to break free of societal roles of that time.

Kathy Gilbert Maresca is a veteran of the U.S. Air Force and a longtime teacher and professor, whose debut novel “Porch Music” will be released Sept. 14 via TouchPoint Press. Now based in North Carolina, Maresca grew up and lived in Clay County.

“Porch Music” is about three women in 1950s Florida: a pregnant 16-year-old who only has a pillowcase of belongings, a woman with life-threatening depression and a Native American matriarch.

“I miss that era because of its simplicity and you can relax,” Maresca said. “It’s hard to relax. Now we have the need to feel productive. I wanted to go back and capture a time with no texting when life wasn’t so busy.”

Life was simple yet difficult, Maresca explained. Minorities and women were subjected to harsh standards and were on the fringes of society. Maresca’s grandmother, who died when she was 10, carried her traditions with her and was a strong figure, Maresca said.

Maresca said the homes of her family have a starring role in “Porch Music.”

To Maresca, the book is the result of wanting to leave something behind when she suffered from a debilitating condition, trigeminal neuralgia, which is a cranial nerve disorder.

“I couldn’t brush my teeth or talk. I couldn’t have (written the book) at the time,” she said. “I was confined to a bed, thinking about what I would be leaving behind.”

However, Maresca recovered, returned to teaching and at one point, interned at and worked as the Trigeminal Neuralgia Association’s director of patient services.

Writing about family is challenging, Maresca said. She is still trying to locate more information about her great-grandmother’s heritage.

“We can’t find out for certain, there’s a census of that time and we’re still trying to find when she is in it,” Maresca said. “It’s ambiguous.”

In her teens, Maresca worked at Six Gun Territory, a Western-based theme park in Ocala that was in operation from 1963 to 1984. Some members of the Seminole Tribe danced at the park, she said. That, combined with the music of her youth and her family left a lasting impression.

“I was able to absorb it,” Maresca said. “Especially at a young age like 15, something like that becomes a part of you.”